It wasn’t that long ago, really. Or maybe it just seems so.

“Don’t send that to me in email. It’s not secure. Text it to me on my phone.”

Cellular networks were considered far more secure than other forms of communication. And in everyone’s defense, they probably were.

Not any more. For quite a while, Carolinas NetCare has been warning clients (and anyone concerned) of the perils of cellphone security. So it didn’t surprise us to read the article LTE security flaws could be used for spying, spreading chaos at ARSTechnica. Sean Gallagher writes:

“There have been lots of reasons to be concerned about how easily someone with the right tools and knowledge could do very bad things with cellular communications networks. And while none of them have necessarily been to the level of some of the fictional stunts pulled off on television, new research shows that things are even worse than they appear—and in many cases, that’s because of how carriers have implemented cellular standards.” 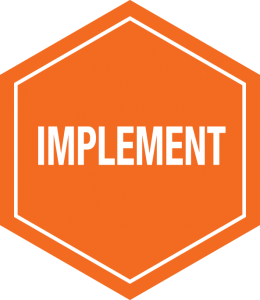 If your laptop’s security is only as good as the network it lives on, the same can be said of your smartphone. The carriers control the security, and either it’s getting harder to maintain, or more expensive, or both. Security on cellular networks is not what it once was.

It’s one of the reasons NetCare™ Implement is so vital to our clients.

Every time someone adds a new smartphone to access your network, then loads new apps and picks a new coffee shop to stop at each morning…new…new…new…your network becomes less secure. Utilizing Implement allows us to at least know what’s going on the network and make adjustments necessary along the way.

The security of 4G LTE networks is largely based on obscurity—many of the implementations are proprietary “black boxes,” as the Purdue and Iowa researchers put it, which makes performing true security evaluations difficult.

Doesn’t it make sense to have someone you trust—someone you selected—to be performing your security evaluations and prescribing solutions that match your needs?

With NetCare™ Implement, you are.

Meet the machines that steal your phone’s data