Every year, we peruse the internet to find the best Help Desk Funnies for the year. Once again, none of our clients provide us with any fodder in 2017! But here are some of our favorites we read, saw or heard this year. 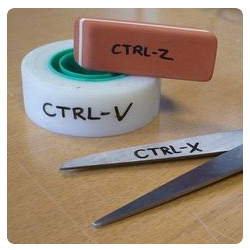 • A User’s PC hard drive is damaged, but support tech manages to recover the files in key directories and copies them to a new drive. The user calls, quite angry, not satisfied with the result. “Where were the files that are missing now?” technician asks. “I used to save them all in that cute can. They were my most important files, the ones I used most often. It was labeled ‘Recycle,’ so I thought it was a good place to put the files that I use over and over.”

• Newly hired user to IT manager: “My mouse pad is missing. Do you have another?” No, but you can get an office supply catalog from purchasing, pick out one you like and have them order it. New hire leaves, only to return minutes later: “My boss says you have to order me a mouse pad. She says you’re the only one who knows what kind is compatible with our system.”

• Tech Support: “What browser are you using?” User: “I have Microsoft Exploder.” 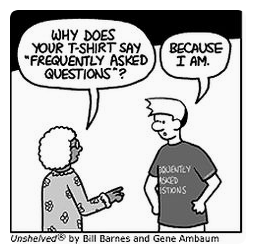 • New employee complains to help desk that there’s something wrong with her password. No, it’s not CAPS lock. “The problem is that whenever I type the password, it just shows stars,” says user. Those asterisks are to protect you, tech explains, so if someone were standing behind you, they wouldn’t be able to read your password. “Yeah,” user says, “but they show up even when there is no one standing behind me.”

• Tech Support: “What’s on your screen right now?” User: “A stuffed animal that my boyfriend got me at the grocery store.”

• New user calls support staff early one morning, complaining that his computer won’t power up even though everything is plugged in just as it was the night before. Tech walks down to check it out, finds the user pressing the power button on his empty laptop docking station. Tech asks: “Where’s the laptop?” User: “I left that at home. Do I need that to get on my computer here?” 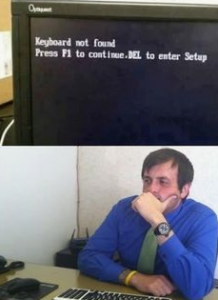 • Tech Support: “Click on the ‘My Computer’ icon on to the left of the screen.” Customer: “Your left or my left?”

• A user called concerned with “strange windows popping up whenever she tried to type numbers in her accounting software.” I came to her desk, and sure enough, if you typed a certain number, a window would open. I moved the edge of a book off of the CTRL key. Problem solved.

And finally, our favorite: 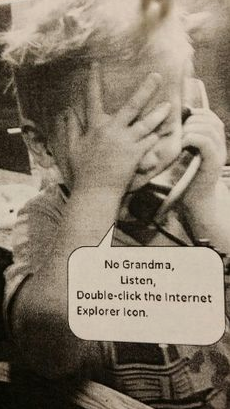 • A man who worked the help desk for a large company received a call one day from a co-worker who called him because she couldn’t figure out why her computer wouldn’t come on. “Is it plugged in?” the technician asked. “Yes,” she answered. He then asked her, “Did you turn it on?”  “Yes. What do you think I am? Some kind of goober?” Perplexed, he went to her cubicle to take a look at her computer. “See,” she said, “I plugged the computer into the surge protector.” The technician looked and said, “You did, but you plugged the surge protector into itself.”