(Or, “How Can I Give Myself a Little Extra Protection on the World Wide Web?)

Here we go again. While technically not a security breach, we were reminded this week something we all know already but sometimes conveniently choose to ignore:

Almost everything we do online is being monitored…somewhere…by someone…for some purpose.

Let me say first this article has nothing to do with politics, at least as far as we are concerned. It does, however, have everything to do with the information we all put out there in the digital world. It’s about how things as simple as a photo of your cat eating gravy and biscuits from a wineglass to the smartphone footage of the Steeldrivers concert you went to last weekend creates a digital fingerprint every bit as unique as your actual fingerprint. It’s there for the eyes you’ve approved to see, and in some cases, for others as well.

In an article from the March 19 edition of the New York Times, writer Brian X. Chen explains in pretty simple detail how Cambridge Analytica, the company in question, compromised the Facebook data. He wrote:

“An academic researcher at Cambridge University built an app called thisisyourdigitallife, which offered to pay Facebook users to take a personality test and agree to share that data for academic use. About 270,000 people participated in the study — enough to extract information on tens of millions of Facebooks users. 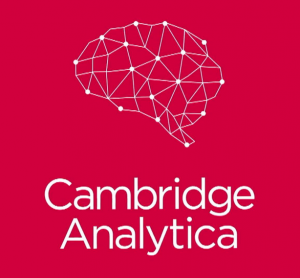 How did Cambridge Analytica get data on 50 million people when only 270,000 people had agreed to hand over their information to a third party? Facebook said people who downloaded the app gave consent for the app to collect limited information about their friends whose privacy settings were set to allow it.”

In short, 49,730,000 people didn’t do one thing wrong. But 270,000 of their friends inadvertently sold them to the wind, probably by checking a box without reading it.

So how do you protect yourself from friends, associates, other employees at your company and even family members from compromising you and your privacy?

The short answer is, you can’t, completely. The world wide web is just that – a web, and almost every action you take creates a reaction and that, another reaction.

Three simple things you can do:

In the early 80s, Hill City Blues was the most popular series on television. The show began with all of the police officers in a room doing morning roll call and assignments. At the end of the meeting, the sergeant said the same thing every week. Same thing goes for you.