HomeBlogA good offense is the safest defense. (A WannaCrypt Update)

A good offense is the safest defense. (A WannaCrypt Update)

It is not a joke. It wasn’t a test. And it’s not something to be forgotten.

WannaCrypt was, and perhaps still is, a serious threat to networks everywhere. 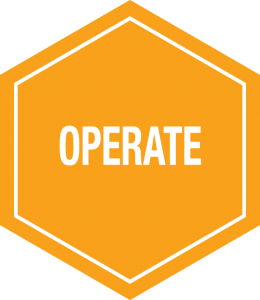 Fortunately for our clients, the vulnerability was greatly reduced. Why? NetCare™ Operate.

In a blog post from Microsoft titled The need for urgent collective action to keep people safe online: Lessons from last week’s cyberattack (dated May 14, 2017), the company offered the following:

The WannaCrypt exploits used in the attack were drawn from the exploits stolen from the National Security Agency, or NSA, in the United States. That theft was publicly reported earlier this year. A month prior, on March 14, Microsoft had released a security update to patch this vulnerability and protect our customers.

As a NetCare™ customer, WannaCrypt was essentially a non-event. First, Windows XP, the most vulnerable operating system allowing an in for the malware, would have been replaced from your operating system through NetCare™ Implement and its planned retirement process. Second, any and all of the necessary updates (or patches) to effectively guard against the malware would have been installed as part of our contracted services.

We take every single cyberattack on a Windows system seriously, and we’ve been working around the clock since Friday to help all our customers who have been affected by this incident.

Fortunately for NetCare™ customers, so do we.

Thank you for allowing us to serve you.